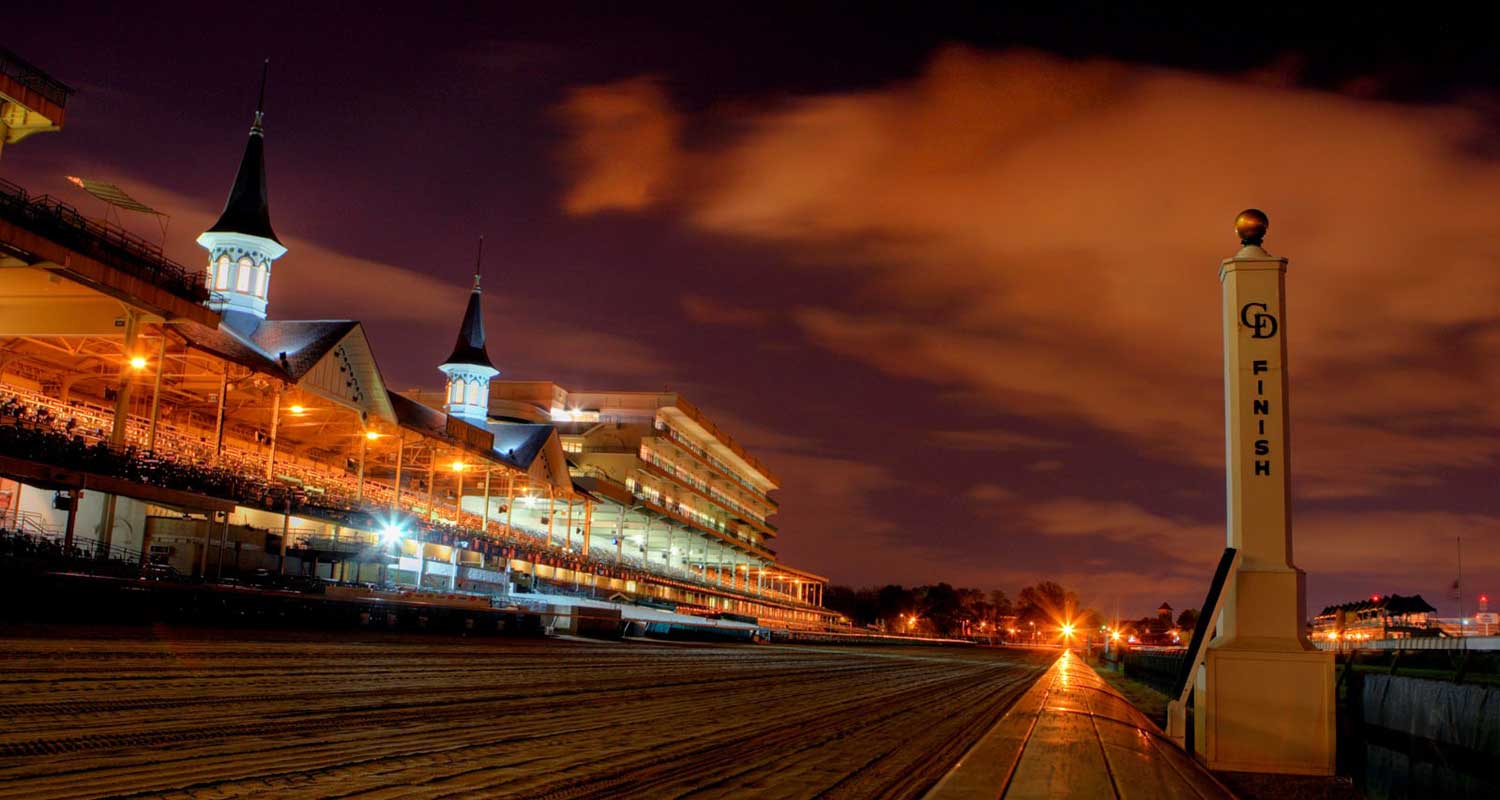 With five weeks until the 145th Run for the Roses, The Road to the Kentucky Derby points leader board is taking shape. Over 1,000 points have been awarded to potential Derby contenders throughout 39 prep races. 27 horses have earned qualifying points towards the big race at Churchill Downs, including European and Japanese horses as well as American bred Derby hopefuls. With the $3 million guaranteed Derby set to feature the most polished three year old’s in horse racing, several candidates have done enough to qualify, while others are looking to capitalize on the remaining opportunities. Three major prep races have been completed, handing out 100 points to the winners. We’ll take a look at these races and see what horses appear to be bona fide contenders to conquer the Garland of Roses on May 4th.

Three colts secured their spots in The Kentucky Derby over the past couple weekends after they each earned 100 qualifying points for first place finishes in their respective derby preps. Long shot By My Standards won the Louisiana Derby (G2) at Fair Grounds after winning a Maiden Special Weight race in his previous start. The bay colored colt was 47-1 just minutes before the $1 million race started, until his confident owner, Chester Thomas, bet $500 on his horse to win. Thomas and other late bettors dropped the colts official odds to 22-1 before cashing in on his narrow victory in the 1 1/8 mile long prep race. The win gave trainer W. Bret Calhoun a guaranteed spot in The Run for the Roses, and also gave jockey Gabriel Saez his 100th career victory. By My Standard, born in The Bluegrass State, has 100 total points towards the Derby which puts him tied for second place on the leader-board. Only two Louisiana Derby winners have gone on to win The Kentucky Derby, with the most recent being Grindstone in 1996.

The second major prep race in The Road to the Derby was the UAE Derby (G2) at Meydan Racecourse in Dubai. The $2.5 million race is 1 3/16 miles long and featured an international field of 14 horses. Plus Que Parfait took home first place along with 100 Derby points, placing him atop the Derby points leader-board with 104. He was only one of three American horses who made the long trip to Dubai. The Kentucky born chestnut colt is trained by Brendan P. Walsh and ridden by jockey Jose Ortiz, who was competing in Dubai for the first time in his career. The three-quarter length victory for Plus Que Parfait brought the horse’s career stakes earnings to $1,540,400, and a reserved spot in the starting gates on the first Saturday in May. Last year’s UAE Derby was won by Mendelssohn, who set the race record for the fastest time and dominated the field on his way to an astonishing 18 1/2 length victory. Mendelssohn went on to be the 10th UAE Derby winner to run in The Kentucky Derby, but he finished last out of the 20 horse field at Churchill Downs. No UAE Derby winner has gone on to win the Run for the Roses.

The third 100 point Derby prep of the racing season was the 68th running of the Florida Derby (G1) at Gulfstream Park. The 1 1/8 mile race has a $1 million purse and is regarded as one of the most prestigious Derby preps, producing 15 winners that have gone on to be victorious in The Kentucky Derby. Out of the last 6 Kentucky Derby winners, 3 won the Florida Derby before conquering the Garland of Roses, including Always Dreaming (2017) who had the fastest Florida Derby time since 1978. This year’s Florida Derby winner was Maximum Security, who rode to a 3 1/2 length victory under jockey Luis Saez. The Florida Derby was the colt’s 4th win in as many starts, earning him 100 qualifying Derby points. Maximum Security, another Kentucky bred horse, is now tied with By My Standard for 2nd place on the points leader-board. The bay colt had a good showing at Gulfstream, producing the 5th fastest Florida Derby race time in the last 20 years.

With three 100 point preps in the books, we still have four left to keep en eye on before we watch the best three-year old’s in the world compete on horse racing’s most prominent stage at Churchill Downs. The top remaining Derby preps are the Wood Memorial at Aqueduct, the Blue Grass at Keeneland, the Santa Anita Derby at Santa Anita, and the Arkansas Derby at Oaklawn Park. These remaining 100 point preps offer additional opportunities for Derby hopefuls to fulfil their dreams on Derby day.

What Derby Contenders Could Find Themselves in the Winner’s Circle?

There is still a lot left to prove on The Road to the Kentucky Derby before May 4th, but it’s never too early to speculate on which future Derby runners look like serious contenders as we approach the April prep races. Here are three potential Derby competitors that could have what it takes to win the coveted gold trophy on Derby day.

Game Winner has 5 career starts dating back to August of 2018, and won his first four races before running 2nd in his last start in the second division of The Rebel Stakes at Oaklawn Park. Three of his four victories came in Grade 1 races, helping him earn 45 qualifying points towards the Kentucky Derby. Game Winner has impressed in all 5 of his career starts, and the colt looks capable of becoming Bob Baffert’s 6th Derby winner. He is expected to showcase his abilities once again in the G1 Santa Anita Derby in California.

Omaha Beach has 6 career starts with 2 wins, three 2nd place finishes, and one 3rd place finish. His most impressive performance to date was his last race in the second division of The Rebel Stakes when he beat out the aforementioned and heavy favorite Game Winner. That victory awarded him 38 Derby points, and although that win remains his only victory outside of his maiden race, the gutsy showing turned heads as he dispatched the undefeated Game Winner. The battle tested colt is set to race again in the Grade 1 Arkansas Derby at Oaklawn where he’ll compete with another Baffert trainee, Improbable.

Long Range Toddy has 7 career starts with 4 wins, one 2nd place finish and one 3rd place finish. The most impressive outing on his resume is his last running, a victory in the first division of The Rebel Stakes (G2) when he upset the heavy 2-5 favorite Improbable. Long Range Toddy currently has 53.5 Derby points which is good for 6th place on the leader-board. The colt is set to compete against Omaha Beach and Improbable in the Arkansas Derby.

With The Kentucky Derby approaching quickly, these contenders have shown they may have what it takes to shine in The Two Greatest Minutes in Sports. Here are the current top 10 horses on The Road to the Kentucky Derby points leader-board:

Horse of the Year